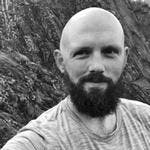 We’ve just closed the books on the year that was 2012 and started a new, and better, 2013. I think its a good habit to apply retrospection to ones life — and I apply that principle badly myself. So heres an attempt to see what I did with my life in 2012.

I’ve figured out it was a good year. I have a good handful of concrete experiences although my day-to-day life have been less exciting than ever before. Most days have been about work and mostly necessities.
Mostly the highlights are positive:

The only negatives I can recall are:

I entered 2012 running and sprinting to finish up work on eZ Exceed 1.0 to be ready to leave for latin america. To top things of my girlfriend was working day in and out on finishing her masters assertation, so I spent a great deal of time proof reading and being moral back up for her. It was a hectic month, but in the end I (we) managed to land most things.

I left Norway on the 3rd of February before spending the rest of the month in Buenos Aires taking spanish lessons; Uruguay for a weekend getaway; Bolivia for some high altitude amazing nature views; And finally some days in Peru before parting with my travel partner, my sister, before continuing my exploration alone. I’m left with a desire to go back to visit all of these countries because I had such a short time in total there.

The last bits of Bolivia and Peru tapped into this month and I actually landed in Guatemala by the 8th. But from then on I had a pretty much relaxed month spread across Antigua and San Pedro La Laguna in Guatemala, Copan in Honduras, Estelí and Léon in Nicaragua. I chilled, partied and observed life in Antigua, my now favourite destination on earth; I honed my spanish in quiet Copan; And I met friends from back home in Estelí.

Having spent 2 months away from each other this was the month my girlfriend joined me for her easter vacation in Costa Rica. We spent 16 packed days spread across San Jose, Puerto Viejo, Tortuguero and La Fortuna. We saw two leatherback turtles lay eggs, we bathed in a volcano warmed spa, we fell in love with monkeys being rescued from the cruelty of humans, we rented our own house with a myriad of animals just outside its porch and we got our diving certificates. I think we’re going back some day! After she left for Norway I had 3 weeks on my own again where I crossed the border to Panama for some Bocas diving before I just had to run all the way north to Antigua in order to do nothing my last week of my trip!

The 5th I landed back in Bergen with a slight tan, new energy and went straight to a release concert just to ensure I was firmly back again! May mostly played out like an interlude, but it was not until after I got back and had pushed 2 weeks effort into eZ Exceed again that a 1.0 were released. I went to the Web Rebels conference in Oslo.

I released two small open source projects this month: backbone.touch and backbone.touch, and I had the pleasure of becoming godfather for the cutest little child, Nikoline, who were baptised this month.

Having spent my paid vacations July still managed to hold a great festival experience at mountainous Vinjerock as well as a wedding down in Kristiansand.

A very quiet month where all that happend was another wedding.

By this time we had realised how eZ Exceed 1.0, and subsequent 1.1, just weren’t good enough, so we began working our asses off to fix the worst fuck-ups in a 1.2 release. Later on this release dragged out to a 2.0 which left us sprinting and running just like we had to land 1.0

My girlfriend had found a teachers job in august so october held our first short vacation while we both had jobs. We spent a long weekend in Prague and managed to throw in a 4 evening boogie woogie course for the rest of the month!

The last months of the year was not its most memorable as I pushed towards that sweet milestone at work that eZ Exceed 2.0 would be. We managed to get to a beta-6 release, and looking back from 2013, its at a quite stable point. There was also the baptism of my girlfriends niece / godchild.